Information for the Media

FASD is the leading cause of birth defects, developmental and learning disability worldwide

Fetal Alcohol Spectrum Disorder (FASD) is the leading cause of birth defects and developmental and learning disabilities worldwide (Mather, Wiles, & O’Brien, 2015). FASD is a brain-based disorder caused by prenatal alcohol exposure. Alcohol readily crosses the placenta and is teratogenic, causing damage to the central nervous system and other organ systems of the developing fetus, as well as impairment to prenatal and postnatal growth (Fitzpatrick & Pestell, 2017; Bower & Elliott, 2016). FASD is described as a ‘hidden harm’ because it is under-recognised and often undiagnosed. This is because the majority of children and adults with FASD do not have physical abnormalities, even in cases where the brain is profoundly affected (Bower & Elliott, 2016; McLean, McDougall & Russell, 2014).

Due to the ‘unhealthy relationship’ the Australian population has with alcohol, as well as a transgenerational acceptance that drinking during pregnancy is safe (Adubato & Cohen, 2011), the full understanding and impact of FASD is yet to be entirely understood in the Australian context (Fitzpatrick & Pestell, 2017). With the presence of FASD occurring in all populations, there is a stronger presence in high risk communities such as remote Aboriginal communities and children in care (Fitzpatrick & Pestell, 2017). Additionally, with the social-emotional, neurophysical and behavioural difficulties that come with FASD, there is a higher presence of individuals living with FASD in the criminal justice system, adding complexity to the societal issues around the disorder (Fast & Conry, 2009). Despite the higher prevalence in some communities, FASD is a disorder which impacts all cross-sections of society where alcohol is consumed. Based on current data, estimates indicate that 1 in every 13 women who consume alcohol during pregnancy will have a child with FASD (Lange et al., 2017). Recent research also points to a link between alcohol and poor sperm development, meaning the onus is on expectant fathers too. A myriad of studies show that alcohol consumption by biological fathers is significantly linked to health problems in their children (Lucia & Moritz, 2017).

The latest data collected by the National Drug Strategy Household Survey suggests that 50-60% of women drink during pregnancy (Australian Institute of Health and Welfare, 2014). This figure is alarming and should be cause for concern amongst health professionals and policy makers. Many pregnant women are reported to cease drinking once they find out they are pregnant, however one in four continue to consume alcohol through the duration of the pregnancy (Australian Institute of Health & Welfare, 2014). With FASD being a nationwide issue with harmful impacts on multiple populations, it is imperative that the message that there is no safe amount of alcohol for those who are pregnant, planning a pregnancy or could be pregnant is well understood by the whole Australian community.

Lucia, D., & Moritz, K. (2017, November 6). It’s not just mums who need to avoid alcohol when trying for a baby.  The Conversation, Retrieved from https://theconversation.com/ca

NOFASD Australia is dedicated to reducing the harm caused by alcohol-exposed pregnancies and improving lives for those living with FASD. 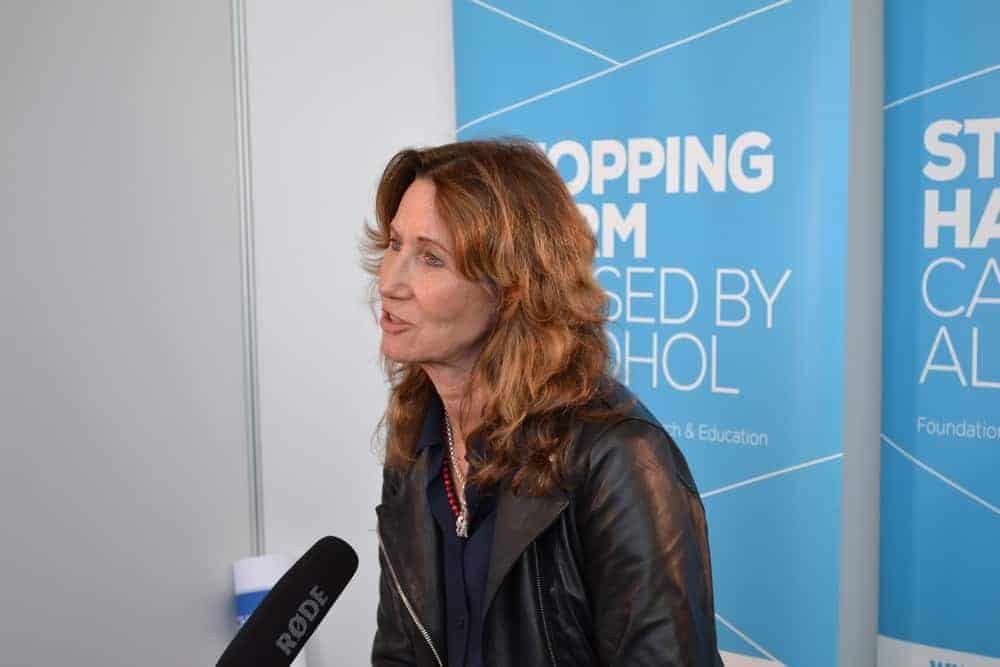 Australian Guide to the Diagnosis of FASD

FASD Language Guide – This guide is intended to provide suggested language for use in
conversations, presentations and reports about FASD in Australia